Cinematic history is full of sad stories of what might have been. The recent documentary Jodorowsky’s Dune documents the glorious stillbirth of what could have been a defining cult classic. Orson Welles’ The Magnificent Ambersons might have been his second masterpiece had the studio not taken control in post-production and, as Welles put it, “let the studio janitor cut [it] in my absence”. In its heavily edited form, The Wicker Man almost suffered the fate of remaining an eternal B-movie until Roger Corman found a faded copy of the original cut in his archives (although the negatives are still lost, apparently forming part of the foundations of the M3 motorway). And the spectre of what might have been hangs heavily over The Seventh Victim. 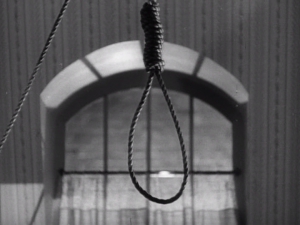 The frustration of The Seventh Victim comes from its at-times disjointed narrative, especially in relation to an abrupt and confusing romantic sub-plot. The root of this confusion is that The Seventh Victim was originally scripted as a feature film, but, like The Wicker Man, was cut down to B-movie length. Unlike The Wicker Man, the missing scenes were never shot, so there is no hope of a restored version. This is unfortunate, as a full version of The Seventh Victim would probably be a classic of the horror genre; as things stand, we are left with a good, atmospheric and sinister film that never quite lives up to its potential. 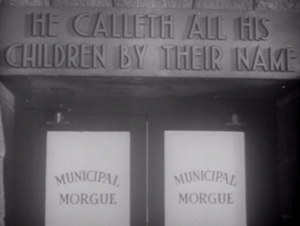 The first film in director Mark Robson’s long and meandering career, The Seventh Victim is more notable for being produced by the legendary Val Lewton, whose collaborations with Jacques Tourner include some of the finest horror films of the period. Robson and Lewton would work together again on Isle of the Dead and Bedlam, neither of which quite live up to the promise of Lewton’s earlier productions. Comparison between The Seventh Victim and Lewton’s earlier work is made inevitable by the reappearance of Dr Louis Judd, played by Tom Conway, a character previously at the heart of events in Cat People, here trying to expose a Satanic conspiracy. 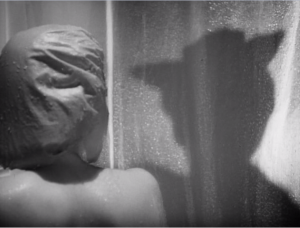 Despite its truncation, the story of The Seventh Victim is still a strong one. Naive student Mary Gibson, played by a fresh-faced Kim Hunter, leaves school when she discovers that her older sister has gone missing in New York City. Her desperate investigations find some success, in no small part to the pity they elicit from more competent parties, and she finds that her sister has disappeared to avoid persecution by a strange cabal of Satanists. Paranoia mounts, building to what is a surprisingly dark and nihilistic ending for a film of the 1940s. 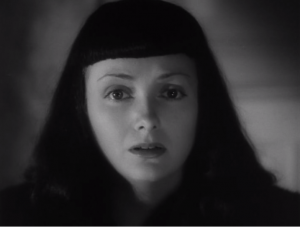 Satanic and occult conspiracies have become a common trope of horror films, almost descending into cliché, but The Seventh Victim is probably the template from which most of them draw. In particular, it’s hard to imagine the urbane Satanic coven of Rosemary’s Baby existing without it. Despite this familiarity, however, The Seventh Victim remains fresh through the sheer oddness of its Satanists. The Palladists, as they call themselves, are non-violent, intellectual and, in the end, almost ineffectual. Their reliance on mind games and a sense of honour over black magic or assassination make them one of the more singular group of antagonists of the genre, and not entirely unsympathetic. 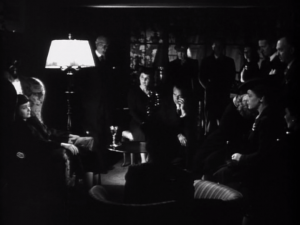 Maybe it’s because of the expectations raised by Val Lewton’s involvement, or maybe it is because there is enough of the film that could have been present to tantalise, but I was more disappointed by the near-greatness of The Seventh Victim than I would have been were it merely mediocre. What remains is still powerful and strange, and any fan of older horror films will find much to love in it. It’s just hard to shake the feeling that the eighth victim was the film itself.