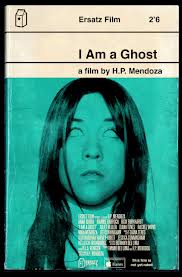 Centring a film around a character who doesn’t know she is a ghost is hardly a new idea. Happily, I Am a Ghost doesn’t hold back this information for some great revelation. From the outset Emily, our protagonist, is locked in a series of repetitive actions that suggest her supernatural status. Before the first act is over, she encounters a medium, Sylvia, who is trying to help her move on. But, above all that, the title of the film just plain states it: Emily is a ghost. No mystery there.

Once Emily discovers what she is, the real mystery begins. Unlike every other spirit that Sylvia has helped, Emily is unable to move on. There is no otherworldly light waiting for her, only painful echoes of her former life and the spectre she has become. One of the odder aspects of I Am a Ghost is that we witness a ghost haunting herself, visiting the events of her mockery of life as an outside observer; the result is poignant and unsettling.

I Am a Ghost is a slow, deliberate film, but it is not a boring one. From the outset there is a palpable atmosphere of dread, accentuated by the stark, disjointed structure of the story and a sense of isolation. Emily is alone for most of the film, and we spend much of this time watching the near ritualistic routine that makes up her afterlife, with little context to guide us. The effect is almost hypnotic, and when events jar Emily out of her mental prison, they jar us with her. There are few direct scares in this film, but the oppressiveness and emptiness of Emily’s existence are disturbing enough without them.

For most of the short running time of I Am a Ghost, only Emily is visible to us, rattling around her early twentieth-century time capsule of a house. There is some dialogue, mostly with the unseen Sylvia, but only in a handful of scenes. This means that the film relies heavily on Anna Ishida, who plays Emily; happily her performance is a strong one, keeping us emotionally invested in Emily’s fate even as we discover the darker aspects of her nature.

While I Am a Ghost is an extremely low-budget film (the estimated figure on IMDB is $10,000), it uses its limited resources wisely. Almost the entire film takes place inside a single building, and the claustrophobic atmosphere helps reinforce just how trapped Emily is in her existence. Combined with the isolation that having almost no supporting cast enforces, the limitations of the film become its strengths. 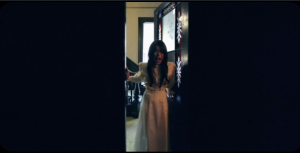 This isn’t to say that I Am a Ghost is without problems. Some of the dialogue is trite or artificial, especially the lines delivered by a character who appears towards the end. The make-up effects, while moderately effective, look cheap and don’t stand up to much scrutiny. And while the repetition of Emily’s actions across multiple scenes sets a dreamlike, disturbing tone, there is a point in the middle of the film where it seems like we’ve broken out of these patterns, only to be plunged back into them, and they come close to wearing out their welcome. These are all minor gripes, however, and none come close to ruining the film.

I Am a Ghost is certainly not a film for everyone. Its slow, experimental style will alienate viewers who want scares or action. It is a film that lives comfortably within its limitations, however, and is more thoughtful and creative than many better funded productions. I hope that writer/director H P Mendoza decides to work within the horror genre again, as he clearly has a lot to offer us.