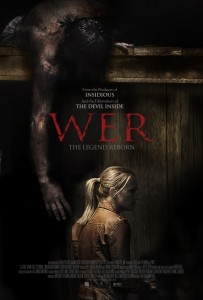 I came close to avoiding Wer, as I had heard that it was another sodding found-footage film, albeit a good one. As I’ve told anyone who’ll listen (and a few people who tried not to), I can’t wait for the day when the popularity of found-footage horror wanes (although given how cheap these films are to make, I imagine they’ll never entirely go away). Happily it seems I was misinformed about Wer: while some of the scenes use security camera footage and the like, it does not rely on the contrivances that make the technique so alienating to me. 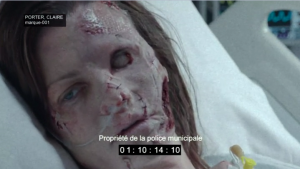 A family on holiday in rural France are brutally attacked, with only the mother surviving. The culprit appears to be a wild animal, but the authorities arrest Talan Gwynek, the adult son of a Romanian immigrant family. Gwynek is charged with murder, and his lawyer, Kate Moore, an expatriate American, assembles a small team to prove that the deaths resulted from an animal attack. Their investigation leads them to increasingly improbable conclusions as events turn violent and unpredictable. 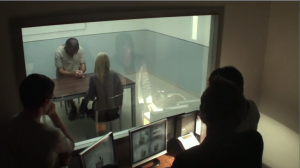 While in many ways Wer is a fairly traditional horror film, it takes a few risks that make it stand out. The most obvious is the structure of presenting a werewolf story as a murder investigation. The first half of the film shines for this reason, especially as we start to share Moore’s sympathy for her client and her suspicions about the motives of the police. Unfortunately, this is largely abandoned for more straightforward bloody horror in the latter half, but it still provides an unusually rich underpinning. 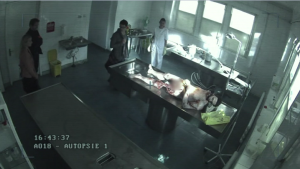 The way werewolves are portrayed in Wer is unusually ambiguous, and perhaps the excision of the word “wolf” from the title is significant. The monsters we see are less lupine than some primal expression of human urges; these are not creatures that have the excuse of turning into animals, rather they give into the violent impulses that lie within all of us. There is more of Mr Hyde here than the traditional snarling beast-man. 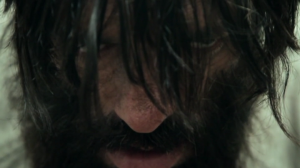 While the film is not of the sub-genre, it uses a lot of found-footage sources. The initial attack is depicted via a camcorder video shot by the victims. Many scenes are framed with shots from surveillance cameras. Even when we break away from these sources, many scenes are shot on hand-held cameras, giving an almost documentary feel. To me, this combines the best aspect of found-footage films — the immediacy and intimacy they offer — while sidestepping the common problem of explaining why the hell the characters are filming certain scenes instead of putting down the camera and running for their lives. 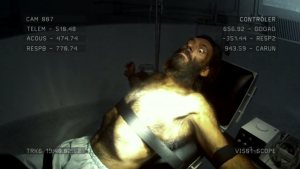 While set in France, Wer is very much an American film. In order to avoid too much subtitling three of the central characters are anglophones, specifically two Americans and one Englishman. While it is established that two of them speak fluent French, almost everyone they meet insists on speaking English most of the time. It feels like a clumsy conceit, especially when Moore has her meetings with Gwynek; we are given the excuse that Gwynek’s Romanian mother taught him English, but he seems oddly fluent for someone who is a recluse living in rural France. 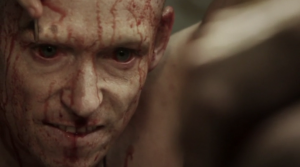 Wer is an interesting and unusual addition to werewolf cinema. While action-packed, the climax of the film loses some of the inventiveness that initially drew me in, but it is undeniably entertaining. Once the film cuts loose, it is bloody, violent and fast-paced. By this stage, it almost feels more like a superhero film than a horror movie, and reminded me of Chronicle in places. I just wish it managed to hold on to more of the humanity that drew me in.