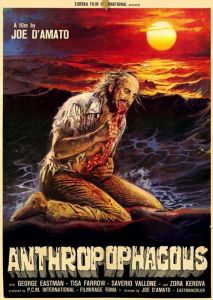 Your reaction to the phrase “video nasty” will depend an awful lot on how old and British you are. It has a certain quaint ring to it, and the panic that accompanied it certainly seems antiquated; many of the films that earned the label are barely nastier than what we see on television now. If you’re too young or foreign to remember this very British affair, the short version is that a lot of the people who normally get upset about things managed to change the face of horror in the UK for a generation. Until parliament passed the Video Recordings Act in 1984, home videos weren’t subject to censorship in the UK, leading to protests from blue-rinsed pressure groups and frothing tabloid newspapers. The resulting crackdown meant that many horror films were heavily cut or outright banned in the UK, leading many horror fans to pass around static-strewn multi-generational dubs of their uncut favourites until a change of regime at the British Board of Film Classification restored sanity. 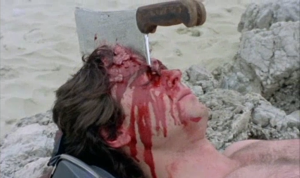 I was in my late teens at the height of this tabloid feeding frenzy, attending boarding school in England, and even to this day the words “video nasty” are charged with seedy allure. Like a lot of young horror fans of the time, as soon as I saw a film lambasted in the press for being grotesque and corrupting, I knew I had to see it. The scandal made several films far more famous than they deserved, and Anthropophagous is definitely one of these; apart from two, brief but stomach-turning scenes, the main shock it engenders is just how dull it is. 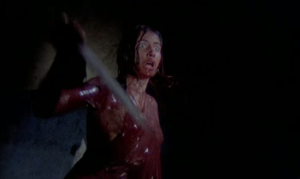 Anthropophagous is probably the most famous film by prolific Italian schlock director Joe D’Amato. I reviewed D’Amato’s Beyond the Darkness as part of last year’s challenge, and loved every demented minute of it. It is a film filled with wild imagination and a blessed lack of restraint. If only the same were true of Anthropophagous. It beggars belief that they were made by the same man, a year apart. Anthropophagous is a plodding, predictable affair whose notoriety rests entirely on two brief, repulsive scenes. These scenes add up to less than a minute of its running time, and the only fear that the other 90 minutes offer is that the film will never end. 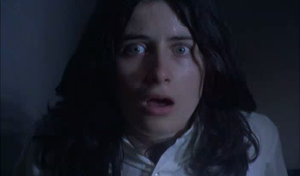 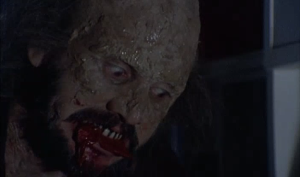 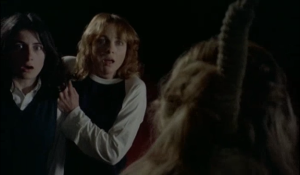 It takes half an hour for Anthropophagous to get us to the island where badness is happening, and much of this time feels like someone’s home movies of their holiday in Greece. D’Amato treats us to many, many scenic shots of Athens and the yacht trip out to the island, accompanied by an irritating synthesiser score that attempts to sound a bit Greek. Even when we finally reach the island, the eeriness of the abandoned town our protagonists find is undercut by the sunshine, scenery and meandering pace. By this point I was willing someone to die bloodily, either in front of or behind the camera. 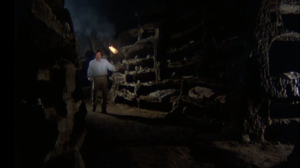 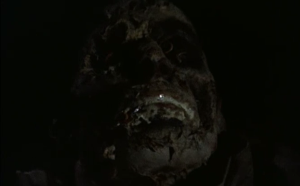 With not many chances left to be outdone, Anthropophagous is the biggest disappointment of the year so far. Apart from the few eruptions of extreme gore and a couple of shots of rotten corpses, the closest it offers to horror is rubber bats on strings and a catacomb full of papier-mâché skulls that look like they were made by the set designer’s children. I could forgive this cheapness if everything else about the film weren’t so dull. And that, if anything, is what the campaigners really should have protested back in the eighties.