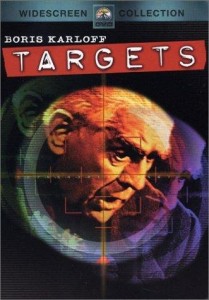 One of the pleasures of the October Horror Movie Challenge is that it gives me an incentive to catch up with a lot of films that have been on my radar for years, but which I have not made time to watch yet. Sometimes this leads to disappointment, as in the case of Blue Sunshine. On other occasions, happily, the film will turn out to be even better than I had hoped. 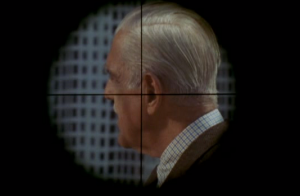 Like Dementia 13, Targets came from Roger Corman providing funding and opportunity to a promising film-maker — in this case, Peter Bogdanovich. The story goes that Corman agreed to finance any film that Bogdaonvich wanted to make, as long as he used Boris Karloff, who owed Corman two days of work, and incorporated stock footage from an earlier Corman production, The Terror. Given that The Terror was a cod-Poe Gothic horror, it would have been easy for Bogdanovich to turn in something similar, following the standard AIP template of the sixties; instead he came up with a thoughtful script that was powerful enough to convince Karloff to put in an additional three days at a reduced rate. Karloff was gravely ill at the time, suffering from emphysema and rheumatoid arthritis, so this speaks even more strongly of his enthusiasm for the project; he died less than a year after shooting. 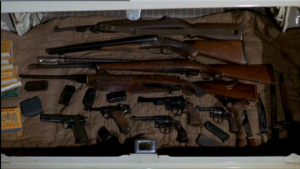 Targets follows two parallel narratives which collide dramatically at the film’s climax. The first tells the story of Byron Orlock, an ageing horror actor who is so completely Karloff that it’s surprising that Bogdanovich bothered to change the name. A number of Karloff’s films are attributed to Orlock, including The Terror, the promotion of which is a key plot point in Targets. Orlock has decided to retire from acting, as he believes that he and the style of horror he represents are relics of the past, with no place in the modern world. An up-and-coming screenwriter, Sammy Michaels (played by Bogdanovich and apparently modelled on Samuel Fuller, who did uncredited work on the script) is trying to convince Orlock to make one last film, a project which would differ from the hack work Orlock has been reduced to. The parallel with Targets itself is unmistakeable. 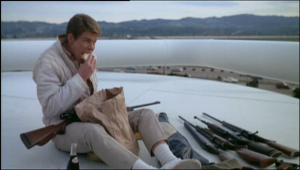 At the same time, a young man by the name of Bobby Thompson is finding it impossible to control the urge to kill any more. After stocking up on guns and ammunition, Bobby begins a killing spree, escalating to sniping at cars on the freeway. His story was inspired by Charles Whitman, who had gone on a shooting spree in 1966. Escaping the police, Bobby hides in a drive-in movie theatre and realises that this is the ideal place to continue killing. This theatre is also the location for Byron Orlock’s final public appearance, and events come to a climax as Orlock arrives. 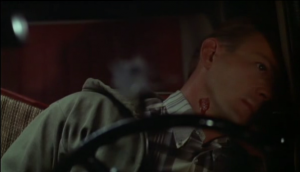 It could be argued that Targets is more of a film about horror movies than a horror film itself. It is tense and violent, but it would be easy to classify it as a thriller if not for the role played by Byron Orlock. Orlock’s confrontation with Bobby Thompson represents the clash between old and new horror. Targets comes from a time when horror was starting to move away from its Gothic roots and beginning to use horrors from the real world, such as psychopathic murderers. The surprising point that Targets leads us to is that these real-world horrors are less potent, precisely because they are mundane.

Like most Corman productions, Targets is a low-budget affair, but the strong characters and emotional depth of the script make it into something far more compelling and disturbing than a schlock horror film. The lack of a musical score only serves to make the film starker. While Targets may not offer many scares, it is deeply unsettling.

While Targets wasn’t quite Karloff’s final film, it still serves as a fine monument to an exceptional screen presence, and a reminder that the horrors of old aren’t to be taken lightly.