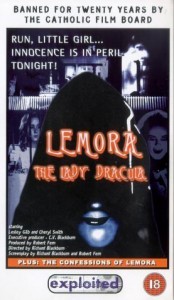 Lemora: A Child’s Tale of the Supernatural (Lemora from here on — I’m not getting paid by the word) really shouldn’t work as a horror film. It is amateurish, with needlessly murky day-for-night shots and dim lighting that is more obfuscation than atmosphere. The make-up looks like part of a junior school art project, and the fight scenes make the original Star Trek look like a Jackie Chan film. Some of the acting is passable, but most of it wouldn’t be out of place in an Ed Wood movie. Still, despite these handicaps, Lemora manages to be hypnotically compelling and really rather disturbing. 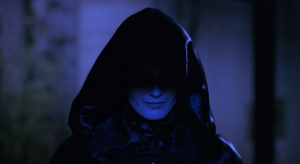 One aspect of the sense of wrongness that Lemora imparts is that while Lila, the protagonist, is supposed to be thirteen years old (although played by an eighteen-year-old actress), the sexual attraction she holds for some of the other characters is a major plot point. While the story stops short of explicit seduction, there are a few scenes that made me squirm with discomfort. 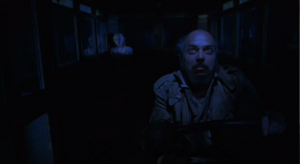 The story itself is a modern fairy tale. Lila, an innocent and devout choir girl, learns that her estranged gangster father is dying, and sneaks off to the remote village where she has been told he is being treated. This brings her into contact with various strange and lecherous characters, a number of disease-mutated villagers who live in the salt marshes and finally to Lemora, the seductive vampire cultist who has been tending to Lila’s father. Temptation awaits Lila there and she finds her Christian morals under constant assault. 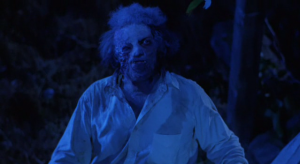 Stripped down to its essentials, the plot of Lemora would serve as a children’s story, but there is much more to it than that. It borrows elements from Lovecraft’s The Shadow Over Innsmouth and J Sheridan Le Fanu’s Carmilla, and maintains a timeless Gothic atmosphere throughout. Moreover, there is a dreamlike quality to the village and to Lemora’s home in particular that perfectly bridges the gap between fairy tale and Gothic horror. 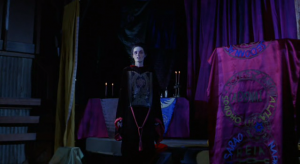 It would be unfair to describe Lemora as a frightening film — even if this were its goal, the bargain-basement production values and hammy acting would undermine it. Instead it sets out to be unnerving, and in this it succeeds. It took me back to the feeling of reading classic horror short stories as a child, and maybe missing the nuances, but feeling the chill they brought more deeply than any adult could. Childhood fears are always the strongest, and Lemora is made of them. Worse that this, though, it takes an adult’s perspective, and gives a window into the corruption and loss of childhood innocence. 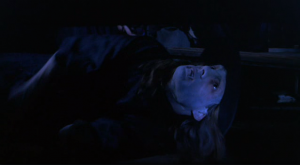 Lemora is, in most ways, the antithesis of modern horror films — it is slow, dreamy, messy and unprofessional. I imagine that this means it would alienate many contemporary viewers, and I would quite understand their reasons for this. If, like me, you enjoy dark fairy tales and can see past the papier mâché masks and plastic teeth, you may find Lemora to be a most pleasurable nightmare.

One comment on “October Horror Movie Challenge Day 16 – Lemora: A Child’s Tale of the Supernatural”