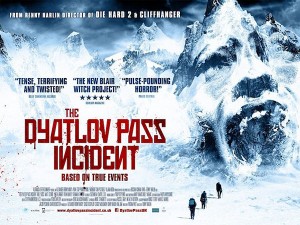 The Dyatlov Pass Incident (known as Devil’s Pass in the USA) would be an easy film to dislike. It takes its inspiration from a notorious real-world incident which has become one of the Internet’s favourite creepy stories, but glosses over the actual events in favour of creating its own narrative. With the exception of an unexpectedly dark and clever ending, it shows us little we have not seen before, and at times feels almost like The Blair Witch Project goes mountain climbing. Worst of all, it is another bloody found footage film, albeit one that uses the conceit of a documentary film shoot to give us better film quality and a reason for most of the scenes existing. Despite all of these factors, I found myself gripped throughout the film and was left thinking about it for some time afterwards. 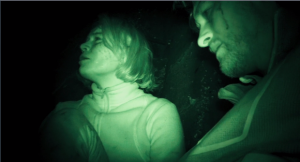 Like The Bay, this is a found footage film which has an experienced director at the helm (Renny Harlin, who may not have the greatest track record in cinema, but at least knows what he’s doing), along with a professional cast and crew, and, most importantly, a budget. It’s not just 90 minutes of some drama school graduates running around an abandoned location, shaking a camcorder and screaming. Admittedly, a lot of the third act does take place in an abandoned location, and there is some running around and screaming, but it’s done sparingly and mitigated by some strong effects work and decent acting. 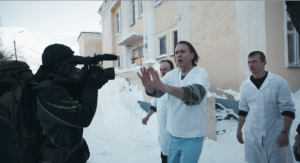 If you are unfamiliar with the actual Dyatlov Pass Incident, it involved the death of a group of experienced ski hikers in the Ural mountains in 1959. Some of their bodies were found unclothed, and all had died of hypothermia, although some had also sustained other injuries. The Soviet authorities closed the area for some years afterwards, leading to the birth of a range of conspiracy theories. 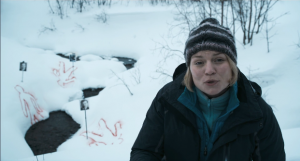 The set-up for The Dyatlov Pass Incident is that a group of American students (played almost entirely by British actors — it was strange to see the barman from Misfits sporting an American accent) have decided to make a film exploring the incident and to try to uncover the truth behind it. To this end, they travel to Russia, interview a few people who speak surprisingly good English, and then hike up to the pass itself. Inevitably, weird shit happens, bringing death and madness. 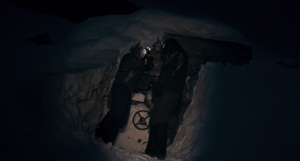 The conspiracy theory at the heart of The Dyatlov Pass Incident involves military experimentation that falls well within the territory of mad science. The secret bunker that the film crew uncover would be at home in a game of Cold City or Hot War, with its subterranean laboratories containing things that used to be human, and the parallels drawn with the Philadelphia Experiment. The use of Cold War paranoia and weird science ground the horrors of The Dyatlov Pass Incident in the real world, but gives it licence to be imaginative and frightening. 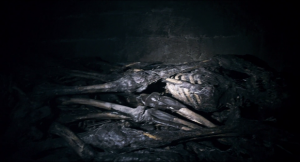 What makes The Dyatlov Pass Incident stand out, apart from being competently made, is the imagination with which it approaches its subject matter. It is never afraid to be strange, and it expects the audience to keep up with it. This pays off in a chilling and sad ending that will stay with the viewer for some time. It is always refreshing to see a horror film that has the courage of its convictions, and this forgives some of the predictability and looseness with historical fact that could otherwise have made The Dyatlov Pass Incident an also-ran. 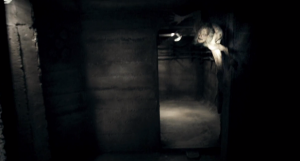 While The Dyatlov Pass Incident has not changed my mind about found footage films, it has at least convinced me that The Bay wasn’t a fluke; they don’t have to be amateurish exercises, and can actually have compelling stories with a good pay-off.