I’ve been hitting Kickstarter again recently (I know, “shock-horror!” I can hear you saying) and have found a few more projects featuring Cthulhu goodies.

The first one I couldn’t resist mentioning is The Writhing Dark: Extended Edition 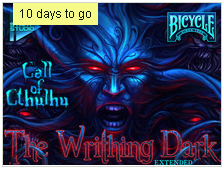 At the time of this post, there are 10 days left to go for the project. It’s only been running a short time and was launched as a “micro” project in response to a large amount of emails the previous project’s creator (Shane Tyree) was getting about people who’d missed the deadline and wanted to bag some of the project’s rewards. A couple of decks of playing cards were available, a tarot deck, coins, a short story and graphic novel collection (which features a graphic novelization of one of my short stories, by the way!), and more – all with a Cthulhu theme. As such, the second project was launched to raise the funds to satisfy these requested additional orders. Given how much the original project raised, I think this should hit its $5,000 target without too much trouble.

Next up is Arkham, Lovecraft and Cthulhu for Fate RPGs 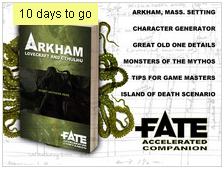 Now, this might seem an odd choice for people who know me (or rather ones who know my opinion of the Fate System… Just picture me frothing at the mouth and you’ll have an idea!). The main reason I backed this is that Scott convinced me that Fate Accelerated is a lot more streamlined and less rules-heavy that the versions of Fate we’ve played. I’m not sure that Fate and Cthulhu are a great mix, but I’m willing to hold upon judgement until I get the book in my hands. It’s certainly teased about a few bits in the notes that have perked my interest. The mention of Mordiggian in particular helped tip the balance too, as I’ve used that God in a scenario before and has been a favourite of mine since reading “The Charnel God”.

Lastly, we have Cthulhu ABCs 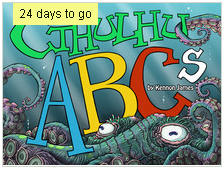 There definitely seems to be an interest in indoctrinating the cultists of tomorrow while they are very young at the moment! This isn’t connected to previous projects, but there have been a few books made over the last year or so that have been targeted at young Lovecraftian fans. Each have done pretty well. 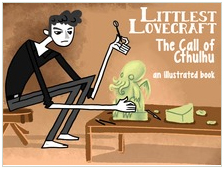 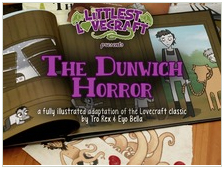 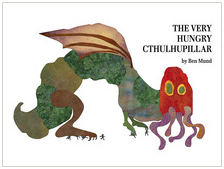 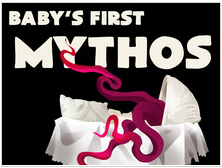 I generally don’t like Mythos parodies, but there’s something about a cute, cuddly shoggoth or big-eyed star spawn with a grin. Also, they have had some pretty stunning artwork done for them too. I really like the black-and-white work done for Baby’s First Mythos in particular.

Plus, anything that helps to make the next generation want to destroy the world in the name of Great Cth… err… *cough* I mean help bring new fans to Lovecraft’s work, it gets my vote 🙂

These three projects still have a little while to run, so there’s still time to pledge!