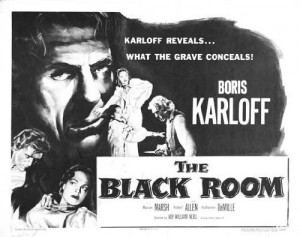 While many of Boris Karloff’s early films are considered classics of the horror genre, or at least remembered fondly, The Black Room rarely seems to come up in discussion. I’ve stumbled across the name a few times, but I don’t think I’ve ever seen it recommended or even mentioned more than in passing. While it is certainly not the equal of contemporary Karloff films such as The Bride of Frankenstein or The Raven, it deserves recognition as an energetic and entertaining piece of Gothic melodrama. 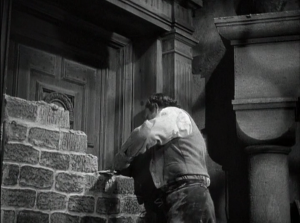 The Black Room feels like a Poe story, although I am pretty sure it’s not based on any of his work; it is many years since I read them all, and I have forgotten a fair number of his minor pieces. Twin boys, named Gregor and Anton, are born to Baron de Berghman somewhere in generic old-time Europe. The Baron is less than pleased at this news: prophecy holds that an earlier act of fratricide would be repeated by a later generation of twins, with the younger killing the elder, ending the bloodline. As the prophecy states that this murder would take place in the Black Room, the Baron takes the sensible precaution of having it bricked up. 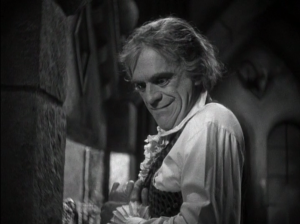 We then jump forward some forty years, when both brothers have grown up to be Boris Karloff. Gregor, the elder by a few minutes, has inherited the barony; he is a despot, hated by his people and haunted by rumours that he is responsible for the disappearances of many local women. Anton, gentle and wise in all the ways his brother is not, has been travelling Europe until summoned home. Gregor has decided to deal with the growing insurrection by abdicating, letting Anton take over as Baron. Of course all is not as it seems, and both brothers are destined for dark fates in the Black Room. 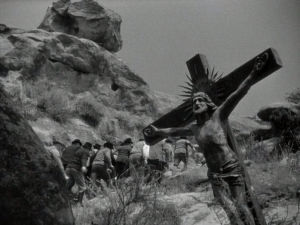 As horror films go, The Black Room is about as frightening as a bowl of custard (and if you’re lactose intolerant, the custard may prove far more frightening). It relies less on shocks and scares than it does on atmosphere and a growing sense of fatalism, and this makes it feel very old-fashioned. This is not a criticism — personally I love old-fashioned horror films, but I can imagine many horror fans becoming bored and impatient waiting for something more visceral. 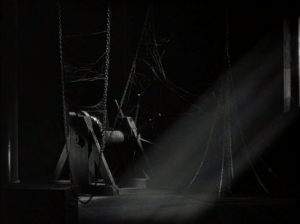 What makes The Black Room a genuine pleasure is the cheerfully nasty and hammy presence of Boris Karloff. Karloff seems to have immense fun playing up the twisted sadism of Gregor, and we can’t help but share in his glee. Some of the strongest scenes are those where the twins interact, with Karloff giving them each more than enough personality to make them instantly identifiable. These are not subtle, nuanced performances, but The Black Room is not a film that demands such things. 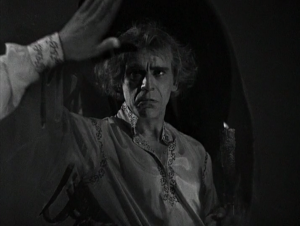 There is a romance subplot between two thwarted young lovers which, while proving vital to the story’s resolution, often feels intrusive. Maybe this is simply because it shifts the spotlight away from Karloff and onto more mundane presences. Still, with a running time of a little over an hour, there is little chance for these scenes to outstay their welcome. 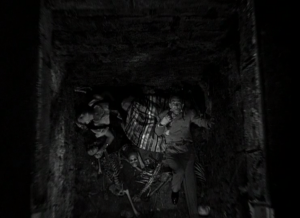 No one should mistake The Black Room for an overlooked classic. While it is undeniable fun, it is also uneven in tone and drags in places. Despite these flaws, it is impossible not to relish such a strong performance from Karloff, and it would have elevated even a far lesser story to being watchable. In this case, we are left with a Gothic delight that easily provides an hour’s dark and villainous entertainment.