Over Christmas and the New Year, there’s been little to report of on the Kickstarter front for Cthulhu fans (well, at least in terms of game projects). However, in the last few days, a couple of projects have popped up that sound pretty interesting. 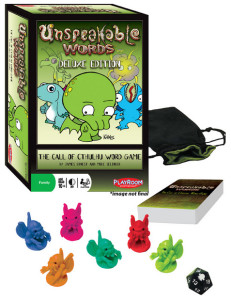 I’d been meaning to pick up a copy of the regular edition for some time. Now, it looks like a Deluxe Edition is on the way (especially as at the time of writing, the project is over 200% funded) so the time has finally come! If they hit $50,000 (which seems very possible) then the game will have glow in the dark pieces and dice. Definitely looking forward to those. 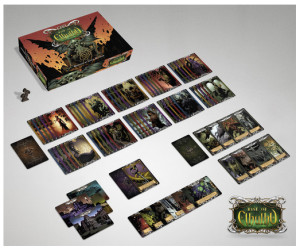 Rise of Cthulhu – A Card Game of Influence and Horror

This one perked my interest for a couple of reasons. Firstly, it’s got some rather nice artwork. Then, being a card game, it’s going to be pretty light-weight and thus easier to transport. Also, it appears to play out in about 30 minutes, so has less chance of outstaying its welcome like some card games I’ve encountered. Definitely worth a try.

Other Kickstarters that should be lurking on the horizon in the not-to-distant future include Delta Green and the Masks of Nyarlathotep Companion.