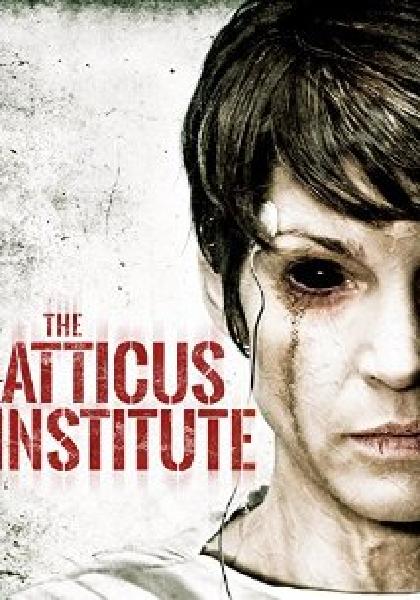 It may be over 40 years since its release, but The Exorcist remains a huge influence on horror cinema. It still tops lists of the greatest horror films and its viewership is far from limited to horror fandom. Moreover, it pretty much started the sub-genre of demonic possession movies and has certainly defined its tropes. Of course this means that a great many films of the sub-genre simply try to ape The Exorcist in some form, and this lack of originality tends to make me approach them with caution. I am happy to say that while The Atticus Institute is a story of demonic possession, it is also something utterly different. Its roots in parapsychology and political thriller aspects make it more reminiscent of the underrated The Medusa Factor than The Exorcist. 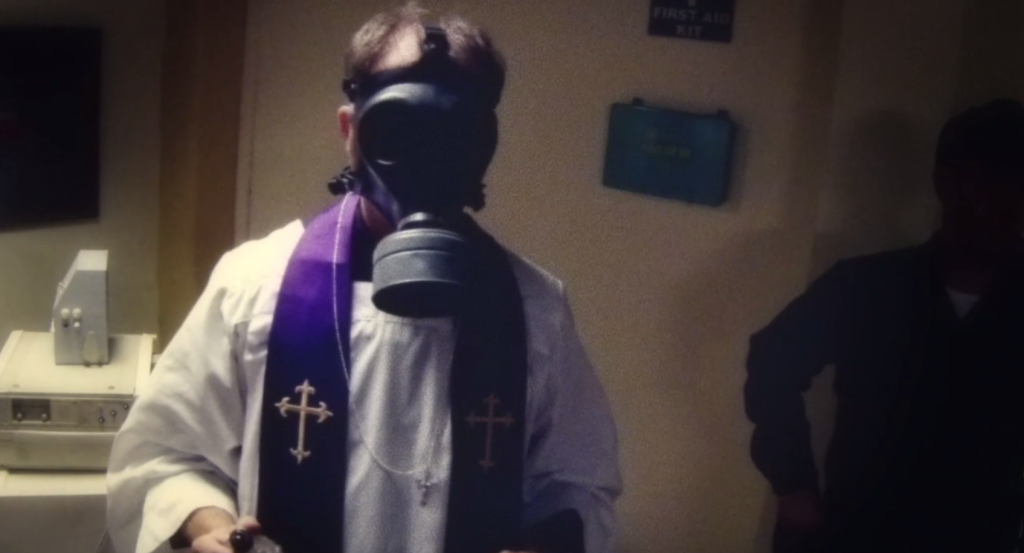 One thing that helps differentiate The Atticus Institute is that it takes the form of a mock documentary, a form we looked at in a recent episode of The Good Friends of Jackson Elias. The polished, classic documentary style sets it apart from other recent efforts that cleave more to the found-footage format. The other differentiating factor is the scientific approach its characters take the subject of demonic possession; this is more Nigel Kneale than William Peter Blatty. 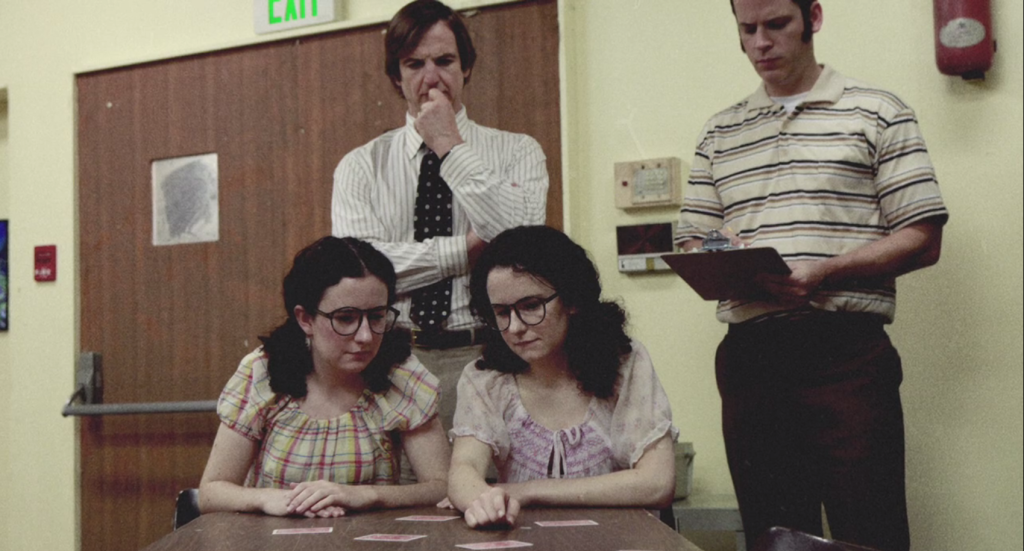 It is 1976, and Dr Henry West, the founder of the Atticus Institute, is dedicated to scientific exploration of claims of psychic phenomena. Purported psychics are put through batteries of tests under laboratory conditions, with the hope of providing definitive scientific proof of their abilities. This hope is crushed when the most promising psychic is exposed as a fraud, aided by the almost desperate willingness of the scientists to believe. Dr West experiences a crisis of faith in his endeavours until Judith Winstead enters his life. 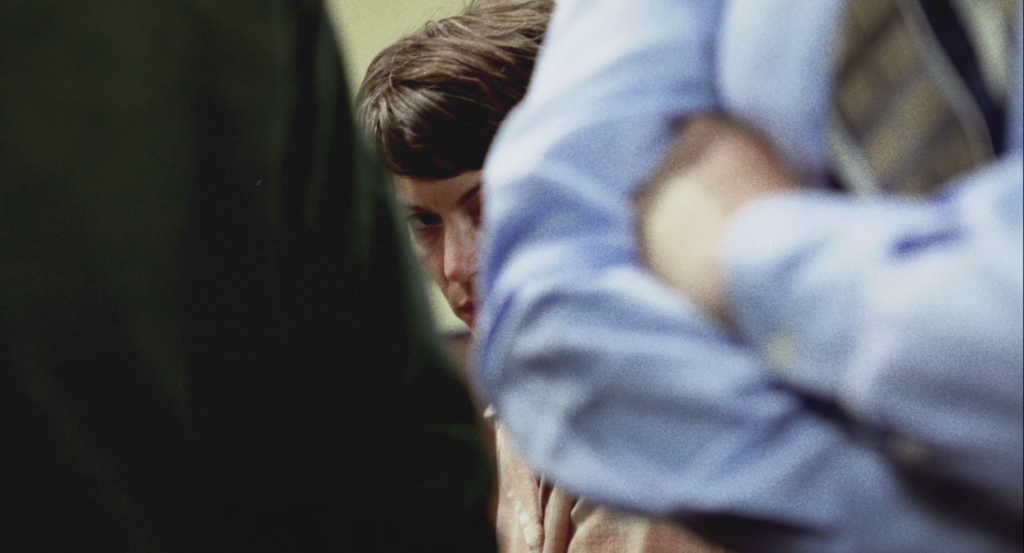 Winstead is something of a cipher, withdrawn and somewhat damaged, and her family seem only too pleased to leave her with the institute and have nothing more to do with her. It doesn’t take long for Dr West to decide that Winstead is the real thing; her results far outstrip anything the institute has seen before and stand up to scrutiny. As the tests progress, however, the researchers start to suspect that the root of her abilities is something darker than science can explain. As the horrors start to mount, the military take an interest, evaluating whether Winstead’s abilities can be weaponised. 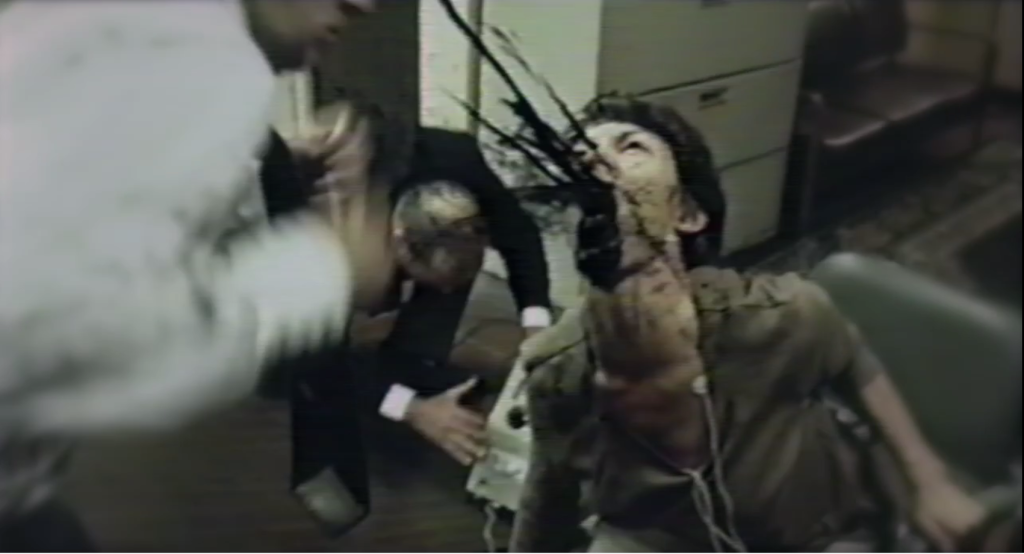 It is this military aspect that makes The Atticus Institute most interesting, especially in light of its Cold War setting. As Jon Ronson’s The Men Who Stare at Goats reminds us, the US military pursued all manner of strange, psychic avenues during this period, and belief in abilities such as remote viewing ran all the way to the top. While there is nothing especially novel about army officers embracing power they can’t control in pursuit of military superiority, its combination with demonic possession works so perfectly that I can’t believe I’ve never seen this story before. 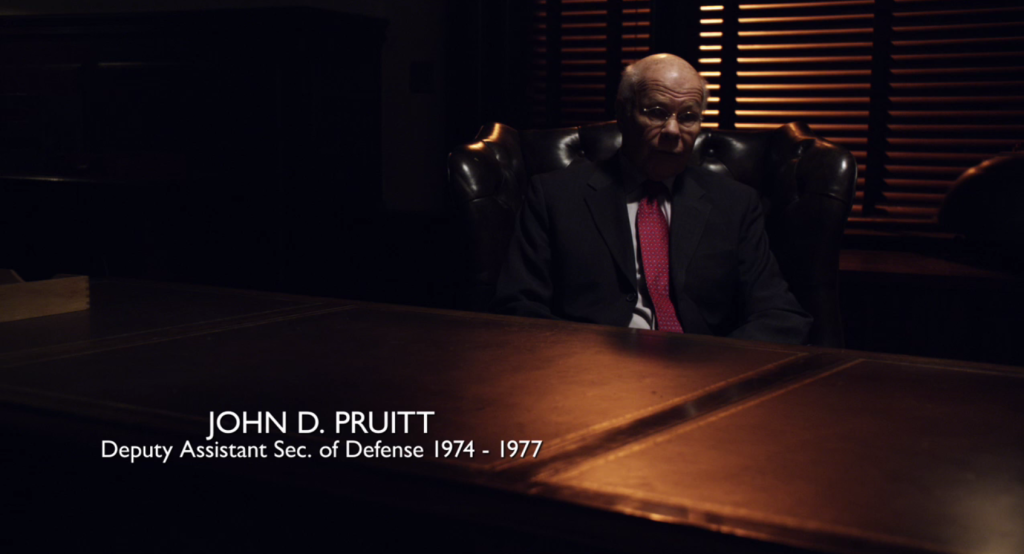 Equally, the mock-documentary narrative of the institute’s work is fascinating, and I would have been quite happy just to watch a film about it. I found myself reminded of documentaries where sceptics such as James Randi and Derren Brown demonstrate how various psychic phenomena are faked. The Atticus Institute does a wonderful job of depicting how researchers may become complicit in their own deception through their drive to prove that their research has merit. 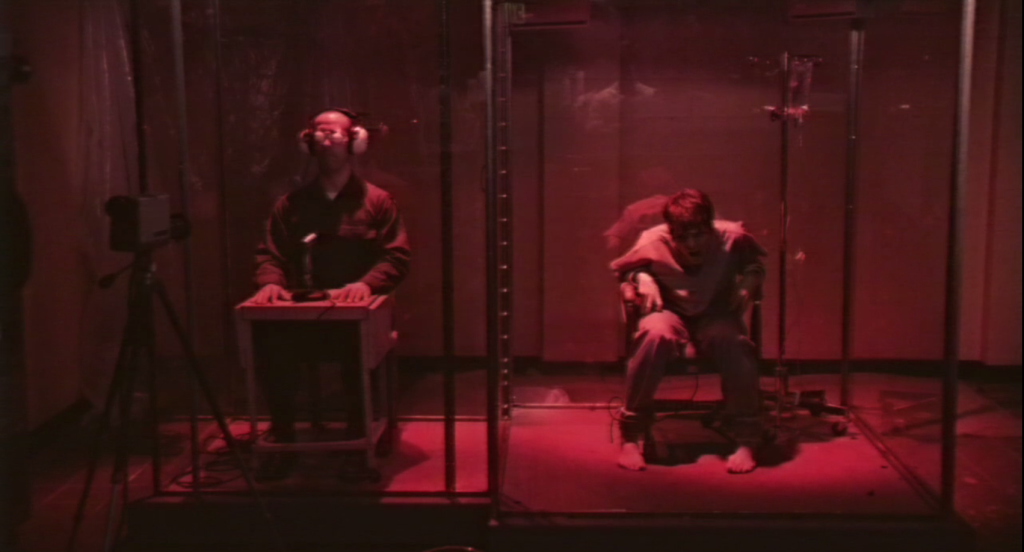 There is almost certainly nothing you have not seen before in The Atticus Institute, but the specific combination of elements and the skilful execution keep it fresh. The only let-down is an ending that is obvious and feels rushed; given the build-up, the film deserves more of a gut punch to finish it off. Despite this, The Atticus Institute remains decidedly above average, and an original take on a tired sub-genre.