It’s been a quiet few months on the kickstarter front, but the big one is finally here!

Chances are, if you’re reading this, you know what Delta Green is. For those that don’t, it’s an incredibly popular Cthulhu game that could probably be summed up as “Call of Cthulhu meets the X Files”, although that doesn’t really do it justice. For more information, please check out Delta Green.com

Arc Dream finally pinned down September as being their start date at GenCon for this project. It funded in four hours, and I was lucky enough to get in as one of the first few backers. As of writing this update, there are nearly 1,300 backers.

There’s a lot of good stuff coming through this project (although little by way of dead-tree copies unfortunately), and it’s been commented upon numerous times in various parts of the internet that the project has been set up in a rather complicated fashion. There’s a handy table towards the top of the main page, but even that is a bit “information overload” especially when a whole load of levels are now full and not taking on any more pledges (these were to get things like custom artwork based on the pledger, games run by the developers, etc.).

For those wanting a brief overview of the project, look no further.

The main product being funded is the AGENT’S HANDBOOK. This is essentially a book for players (rules, character gen, etc.), so gives you what you need to play the game.

The next big one is the CASE OFFICER’S HANDBOOK. This has everything from the AGENT’S HANDBOOK, and a whole load more Keeper-Only stuff (background, etc.) allowing them to run the game.

THE FALL OF DELTA GREEN is a book being developed by Pelgrane Press rather than Arc Dream, detailing how the organisation fell apart in its history.

When they hit $130k, there will be a physical GM Screen, with quickstart rules and a starter scenario. Not quite there yet.

When they hit $200k, there will be a physical copy of IMPOSSIBLE LANDSCAPES – a sourcebook and campaign about the King in Yellow (personally, the one I’m REALLY hoping for!).

There’s PDF options for these that are (or will be, in the case of the GM’s screen and IMPOSSIBLE LANDSCAPES) available as add-on’s to the base pledge.

HOW TO GET THEM:

If you want the AGENT’S HANDBOOK just in PDF, go for the $20 level (Agent’s PDF) or $80 (Rising Threats) which gives you all the PDF stretch goals at no additional cost (these range from $5 upwards currently, with more to come).

If you want a dead tree copy of the AGENT’S HANDBOOK, go for $50 (Agent’s Hardback). This also includes the PDF.

If you want a dead tree (including PDF) copy of THE FALL OF DELTA GREEN, go for $50 (Just the Fall). The only way you get just the PDF of FALL on it’s own is as an add-on (which you could do by selecting the $1 and then add $25 to that making a total pledge of $26).

The CASE OFFICER’S HANDBOOK is the confusing one.

If (like me) you want EVERYTHING, then you can add the PDFs, or dead tree copies (including PDFs) for set amounts onto your pledges. This is what will happen with the GM Screen and IMPOSSIBLE LANDSCAPES when they become available.

Yep, and that was the easy way of explaining it (without going into the various add-ons and PDF only stretch goals they are throwing at people – some free, some not).

NOTE (and this is a BIG note): shipping is going to be calculated after the kickstarter. Expect a bill for that at some point… [EDIT: That’s if you are an international backer. US Pledges get shipping included.]

The Book of Starry Wisdom 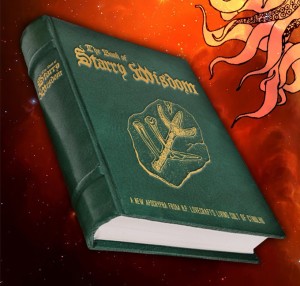 As soon as I read the description, I was hooked. A deluxe collection of Lovecraft stories, alongside illustrations, essays and musings by various scholars, writers and devotees… SOLD! It looks wonderful and I can definitely see that being on my shelf. I pledged in seconds of hearing about it.

This one hasn’t funded yet, but I’m hoping it does.

Tales of the Caribbean 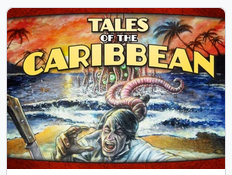 The fourth book from Golden Goblin, featuring scenarios set in the Caribbean. It’s a part of the world I rather like, so I pledged for it. However, like many people who’ve left comments on the project, I’m not exactly happy about the high international shipping cost. If you’re looking for some of the extras, then it’s probably going to mean you have to pledge, as I doubt they will be made available via normal retail channels. It still stings a bit though, just to warn you (especially if you just want the dead tree book and nothing else). 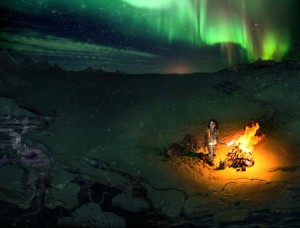 This one, brought to our attention by Scott, is still going strong. I’m rather looking forward to this one. Wonderful artwork, different style of game, and I’ve gone for one of three deluxe copies, so that will make a nice addition to my limited edition collection of RPG books.

And lastly… Recall of Cthulhu 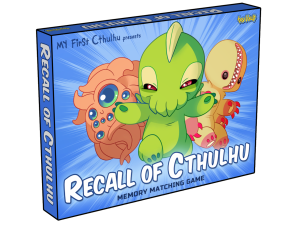 I was a little slow in getting an update out about this one (my bad) but I thought I’d mention it now to at least make Scott cringe. It only just funded in the last days of the campaign, and is a memory matching game for younger cultists, produced by Toy Vault, that brought you the plushes we all (except Scott) love (or hate with a firey passion to rival that of Cthugha in Scott’s case). I imagine that means that it will be available in the not-to-distant future, as it’s off to the printers at the moment.