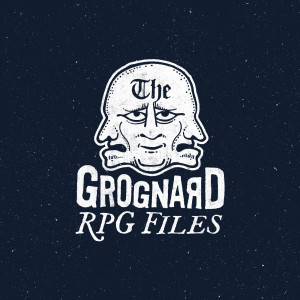 The late 1970s and early ’80s were an exciting time to be a British gamer. Roleplaying games were growing in popularity, selling in numbers that make modern publishers weep. New publishers popped up almost every day, pulling RPGs from their high fantasy roots into new genres. Dedicated game shops flourished in towns and cities across the UK, selling boxed sets that promised unbridled adventure. And, at the centre of this all, sat White Dwarf.

If your exposure to White Dwarf began after it mutated into a dedicated Warhammer sales organ, it may seem odd that it once provided the connective tissue of the British tabletop gaming scene. It brought us news, reviews, scenarios, classified ads and comic strips, keeping us up to date with the major RPGs of the time. This still served Games Workshop, as they published licensed versions of a number of these games for the British market and sold them in their shops. Still, in those pre-internet days, it was how most of us learnt about new and exciting RPGs.

The Grognard Files podcast is steeped in this era, and uses White Dwarf as a major touchstone. It is an unashamedly nostalgic look back at the games that defined that era, devoting long, rich episodes to Runequest, Traveller and, vitally, Call of Cthulhu.

Laconic presenter Dirk the Dice leads us down memory lane, detailing the history of these games, the people who created them and the supplements they spawned. What makes this podcast special, at least to British gamers of a certain age, is that this is all done in a gloriously subjective, personal manner that we can identify with. It’s like an aural time machine back to uncomplicated adolescence.

I’d love to hear how The Grognard Files resonate with gamers who are too young to remember these days, or who are perhaps slightly less British (yes, I know I’m a foreigner, but my gaming cultural references of the time are largely from the UK). Even is this isn’t your past, you may still find them a fascinating snapshot of a different era of gaming.

3 comments on “The Grognard Files”