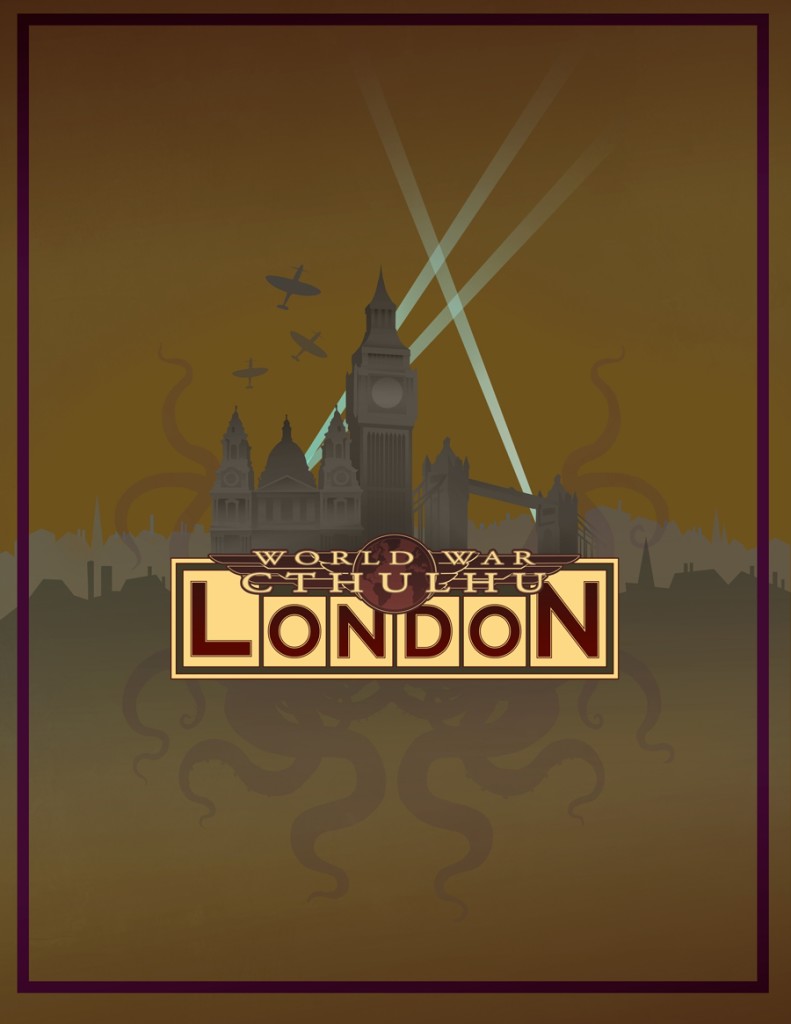 Another project that the three of us collaborated on has just been released!

World War Cthulhu London  is a crossover between Cubicle 7‘s World War Cthulhu and Cthulhu Britannica lines, bringing the alien horror of the Mythos to a London already suffering the very human horrors of the Second World War.

London 1941. The blackout reigns. Only the burning, bombed-out buildings and raking searchlights defy the War Office order that has cast the city into darkness.

The nightly rain of German bombs brings death and destruction to the capital. By day you try to not talk about the looming threat of invasion, and how you miss having belly full of real food. At night you huddle in the Tube and sing songs to distract you from the inky darkness.

But there are far more terrifying threats in that darkness than mere German bombs: Twisted and ancient forms released from their long-forgotten prisons; inhuman scavengers drawn by the carnage to feast; depraved cults with demented plans to take advantage of the chaos…

• Create investigators belonging to N’s Auxiliaries, civilians recruited to battle the agents of the Mythos threatening the Home Front
• Learn all about life during the London Blitz and the threats – both Mythos and mundane – that lurk in the blackout
• Discover how London landmarks have been affected by the war
• Construct effective scenarios with the London Blitz as your backdrop
• Explore wartime London with three complete, pre-written scenarios

The book (with free PDF) is now available for pre-order, and the PDF is on sale separately at DriveThruRPG.