On Sunday the 10th of July, at the kind of hour usually only seen by insomniacs, those hapless worms destined to be eaten by early birds, and the country’s few remaining milkmen, the Good Friends hit the road to Gateshead. Travelling Man in Newcastle had organised a launch party for Call of Cthulhu 7th edition, inviting the three of us and Mike Mason as guests. We were accompanied by Matt’s wife, Tiffany, who took many fine photographs of the event. You can view the full album on her Facebook page. 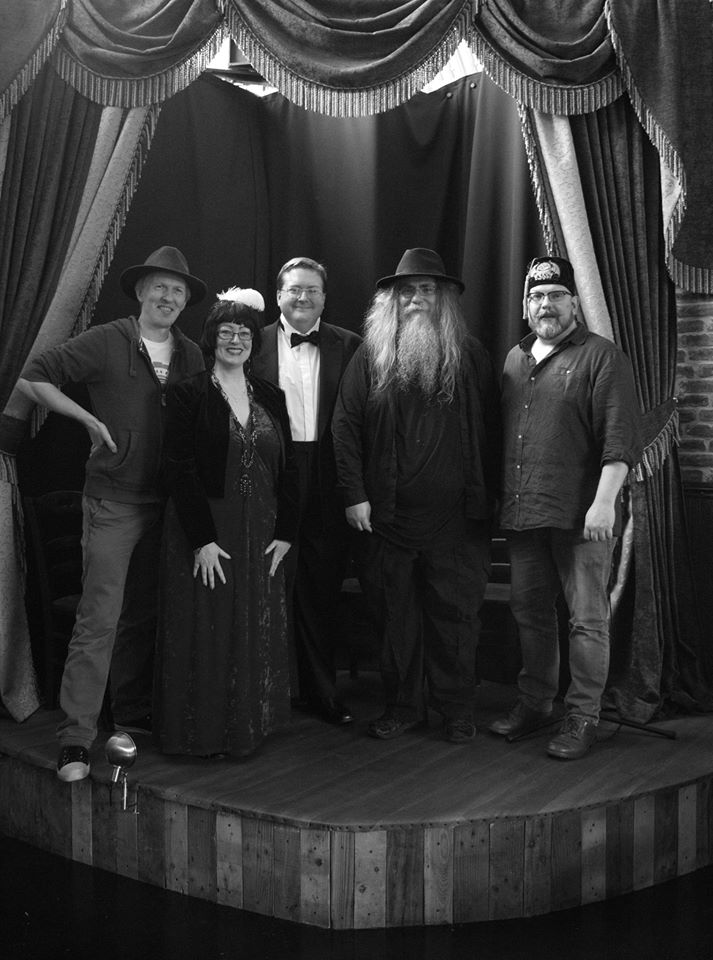 From left to right: Paul Fricker, Lynne Hardy, Matt Sanderson, Scott Dorward and Mike Mason. Our various levels of commitment to dressing up make this look like a cross between a LARP and a Spinal Tap reunion.

The event took place at the Prohibition Cabaret Bar in Gateshead, just across the river from Newcastle (helpful hint: don’t mix up Newcastle and Gatehead the way I did, as you will be roundly and deservedly mocked). This was the perfect venue for a Call of Cthulhu event, with its 1920s fixtures, comfortable armchairs and ready supply of gin. 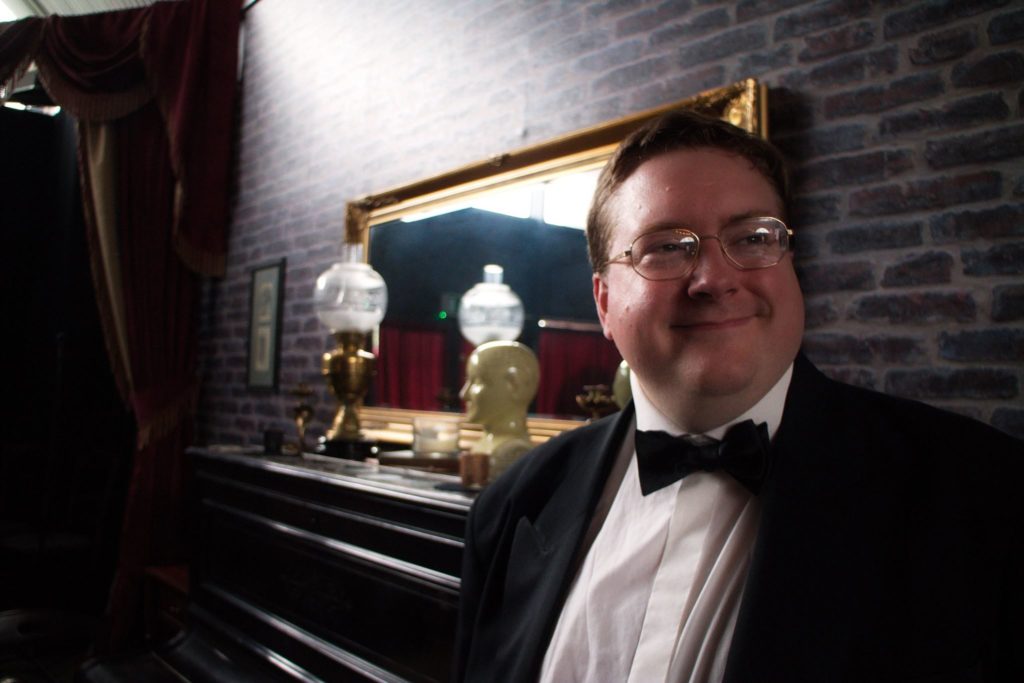 Sadly no one felt up to providing musical accompaniment to our games on the piano.

The event itself was smoothly and energetically organised by Rebecca Swainston of Travelling Man and Lynne Hardy, former line developer for Achtung! Cthulhu and author of the forthcoming Chaosium Call of Cthulhu campaign, Children of Fear. Our thanks to both of them! 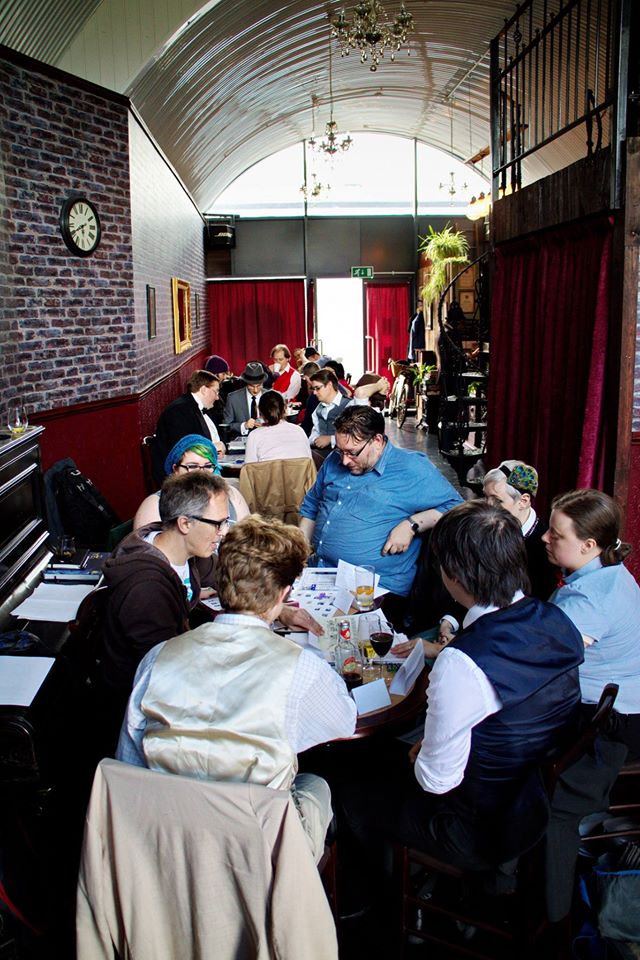 The event was broken into three main parts. We opened with a question and answer session, where the audience asked us about the development of 7th edition, what didn’t make it into the book and what our favourite Call of Cthulhu scenarios are. Probably the most interesting question came from Rebecca, who had recently started reading Lovecraft and had been put off by the racism in Herbert West: Re-Animator. She wanted to know how we managed to avoid these aspects of Lovecraft’s writing seeping into work based on it, which led to some lively discussion and may well prove an interesting topic for a future podcast. 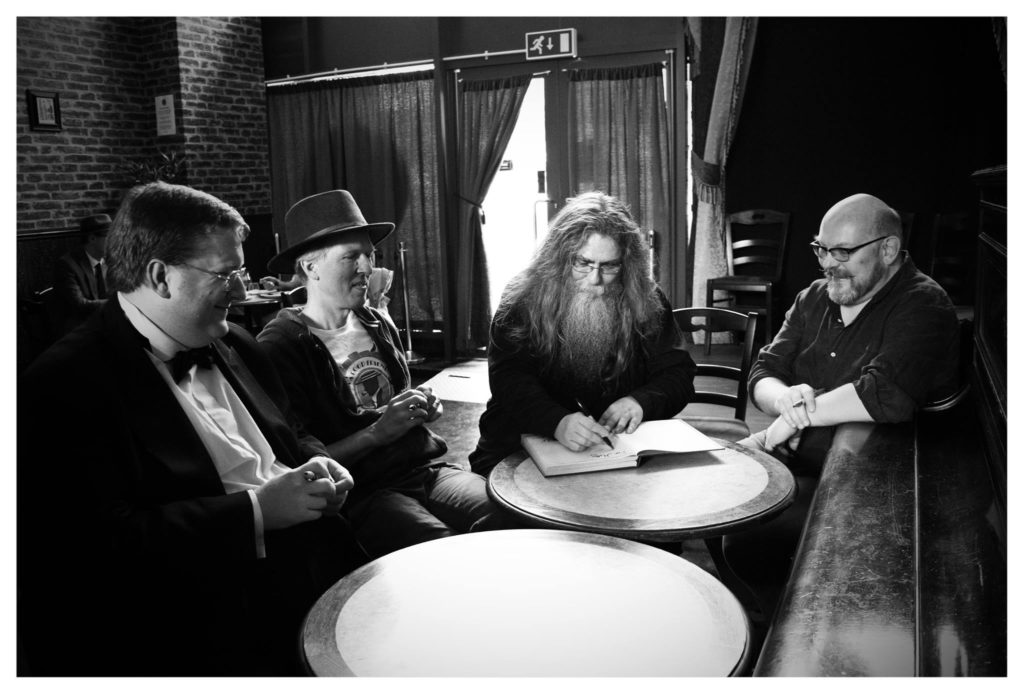 Next came the book signing. It was wonderful to see how many people turned up with books for us to deface, and we did so with cheer and vigour. Personally, I’d never been on this side of a book signing before, and the experience was somewhat surreal in the best possible way. 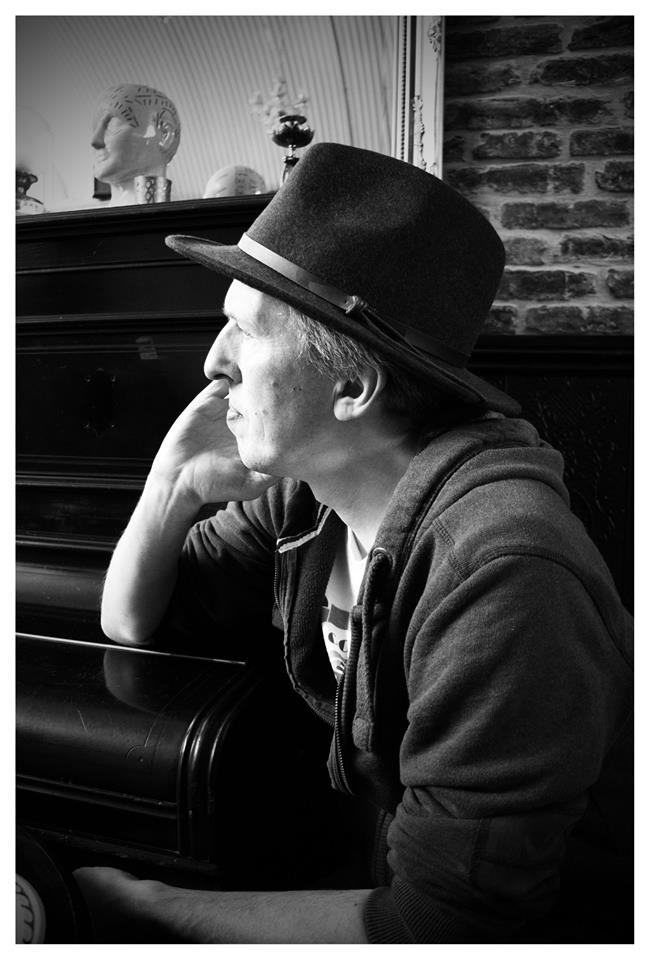 Tonight, the part of Paul Fricker will be played by Tom Waits.

Finally, all of us, including Lynne, ran some games. Matt offered a new scenario called Lord, Help My Poor Soul, which one playtester described as “More Poe than you can shake a stick at”. Paul ran the Moby Dick-inspired Full Fathom Five, which is one of the vignettes from A Poison Tree, converted here to use Call of Cthulhu. I tested a new and repellent scenario called The Way of All Flesh, which either ended in death and madness or as a touching family reunion, depending on your perspective. We each had fantastic players in our games who kept things lively and unpredictable. Many thanks to you all! 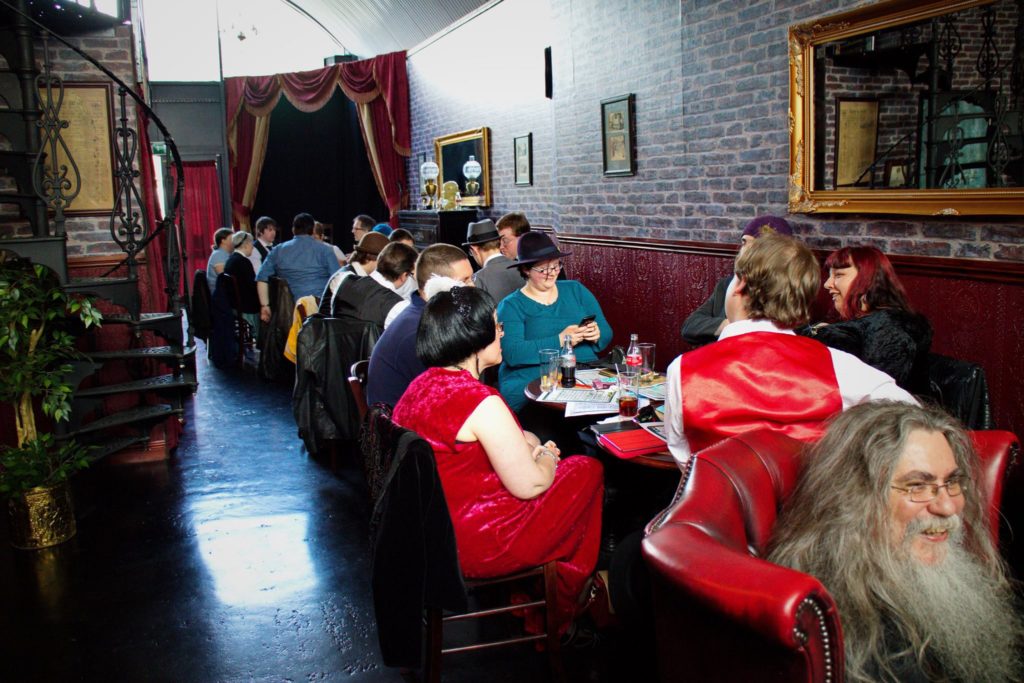 Judging by my laughter, it was death and madness.

We headed home that evening, arriving back in Milton Keynes a little after 2 AM. I fear the last few hours of the journey were an out-of-body experience for Matt. Conversation with him at that stage was like interrogating someone drugged with sodium pentothal. Happily he managed to get us down the M1 without taking any diversions into the Dreamlands. 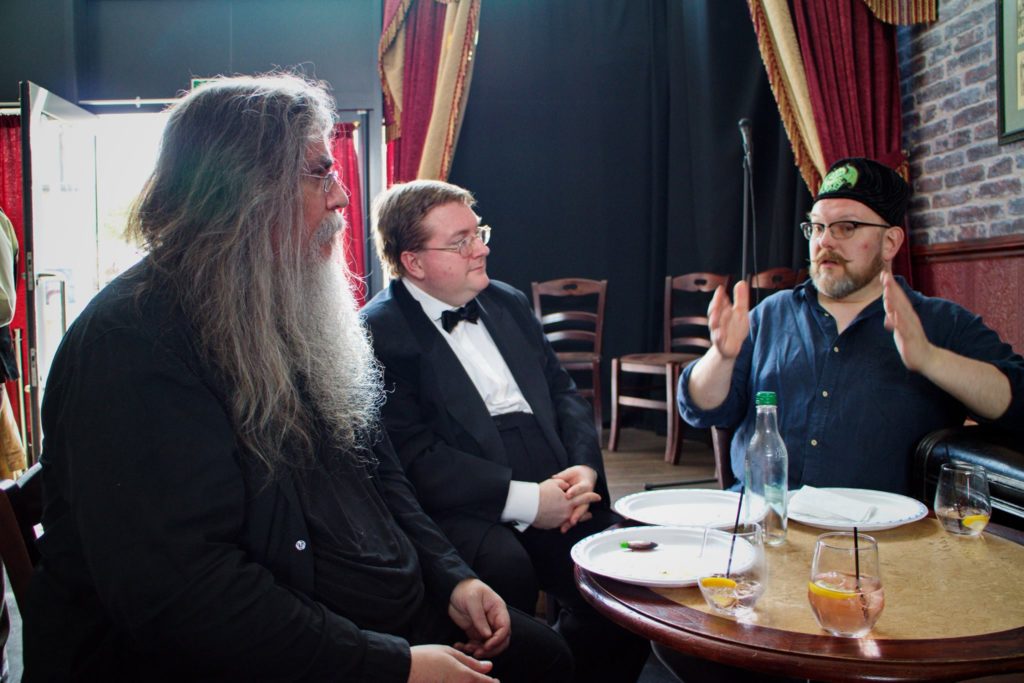 “And then if you squeeze the temples hard enough, the eyes pop out like wet ping pong balls.”

Thank you again to Rebecca and Lynne for organising this, to Matt for getting us there and back at the cost of his sleep and sanity, to Tiffany for documenting the affair and especially to everyone who came along and made it such a marvellous day!