It seems summer (besides being a time when my office and car both decide to do good impressions of raging furnaces) is the time for more RPG Kickstarters to go live and try to drain my bank account. I was a little late to get an update up for one of them (but don’t worry, we tormented Scott with it during a recent recording session, so you’ll hear about that one soon!), but here’s two that are still running that may be of interest to folks out there.

First up, the new Delta Green Kickstarter, The Labyrinth – but it’s not just for one book: 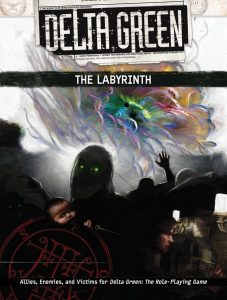 Arc Dream teased everyone that had backed the first Delta Green Kickstarter with an update a few days before this one went live. The Labyrinth sees the return of John Tynes to the line, and it sounds like a pretty good book to me. Much like Countdown (one of my favourite sourcebooks, because it’s packed with so much good stuff), this book presents a whole load of new factions for the game. Some are friendly, some not so friendly.

Beyond the 192-page titular book, there’s a few more that promise to see the light of day due to stretch goals. Like the first Delta Green Kickstarter, there are some adventures (two so far at the time of writing), but also some handout and prop kits that Arc Dream are releasing. Given the rarity and desirability of the kits that were produced by Pagan Publishing for the likes of Walker in the Wastes and Realm of Shadows, I’m not missing out on bagging these!

As stretch goals go though, the big one that they hit very recently is to release another 192-page hardback – Those Who Come After. 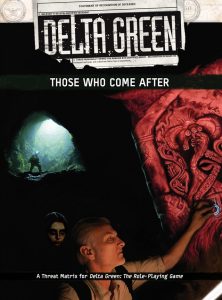 This one has me pretty excited. It’s a Yithian sourcebook. It’s available as an add-on, and (at the time of writing) Arc Dream are less than $500 from hitting the subsequent stretch goal to produce another handout and prop kit for this book too. I’m wondering what stretch goals will follow beyond this, as they haven’t signposted any more… yet.

Next up, an old favourite of mine returns for a new edition – Over the Edge: 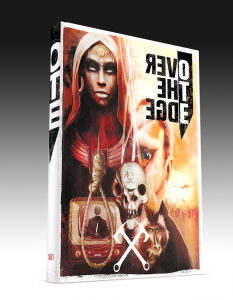 Visually, this one looks very different. I quite like the front cover of the regular edition (which has recently hit a stretch goal to improve the production quality: upgrading the normal glossy paper cover to a silver metallic paper instead; adding a ribbon marker; and increasing the interior paper thickness, etc.).

I’ll no doubt pick up one of these eventually, but for the campaign, I’ve gone for their “Core Luxe” edition. 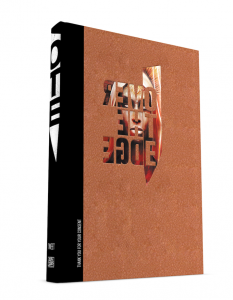 This one’s got a metallic cover, linen spine wrap, bookmark, etc. Now, given they mention it’s going to have a debossed logo on the front cover, I’m guessing that it’s going to be metallic paper for the cover rather than full-blown metal, which is a little disappointing – I was hoping for something akin to the Werewolf the Apocalypse 20th Anniversary Ultra Deluxe that had a full metal front cover. It still looks really nice though, and comes with a nice set of dice. No doubt they will hate me whenever I roll them – all dice do.

The raw manuscript for the book is available as soon as backers pledge. I haven’t had time to read it, but I’ve seen a few comments from those that have. There seem to be a few changes to the rules (like good and bad effects if you roll certain doubles, etc.).

The one thing that I couldn’t see from the manuscript is that the whole aspect of your character eventually coming to realize that they are a character in a roleplaying game doesn’t seem to be in there anymore. I may be wrong (it could be hidden), but I couldn’t find it in my search. That makes me a little sad, as I really enjoyed that aspect of it when we played it.