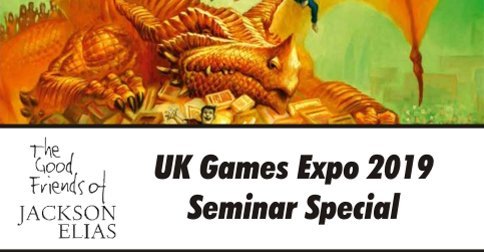 We’re back with another live recording, this time coming to you from UK Games Expo in Birmingham. To be clear, the “we” in this case means “Paul”. Identity is a mutable concept amongst the Good Friends.

Paul joined our good friends Baz and Gaz from the Smart Party and Dirk the Dice from The Grognard Files for a chat about how to run games at conventions. At least one other attendee of this year’s Expo could have benefited from their wisdom. We’ve all had games go wrong at conventions, but none go so badly wrong that they made the national news!

And as a reminder, Paul and Dirk also recently joined Baz and Gaz for their 100th episode. If you haven’t listened to it yet, strap on your ears and do so at once!