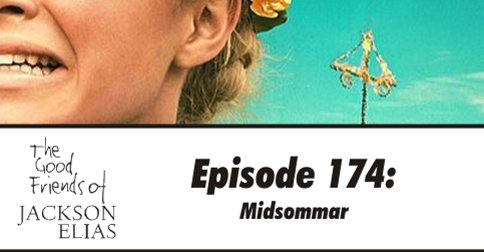 We’re back and we’re on our Midsommar holiday. Happily, we don’t have anything as horrific as Cliff Richard to contend with. It’s only the usual festivals, drugs and human sacrifice. The locals seem nice enough, although Paul’s comments about their music might be getting to them. Oh well. What’s the worst that could happen?

This episode is our look at the 2019 American/Swedish folk horror film, Midsommar. It is an unusually sun-drenched horror, long in running time and short on action. As you might imagine, this led to some disagreement amongst us as to whether it is the best film of the year or slightly less fun than root canal.

Once again, Matt is heading off to the seaside. There is no finer time to visit the east coast of Great Britain than late January. The North Sea always has a warm welcome waiting for you. Matt, however, will be spending his time indoors, playing games. This is his annual pilgrimage to ConTingency, the extended residential convention that has now moved to Hunstanton in Norfolk. If you are attending the convention, be sure to sign up to his games and set fire to all the NPCs.

When Paul visited Dragonmeet late last year, he joined Mike Mason and our good friends from the Smart Party for a seminar. They discussed ideas about how to be a better player, some extending beyond bringing snacks and not falling asleep at the table. You can find a recording of the seminar at the Smart Party’s website.

The other bit of excitement at Dragonmeet was the announcement of the forthcoming Rivers of London RPG from Chaosium. Based on the Peter Grant police procedural/urban fantasy novels by Ben Aaronovitch, the game will use a version of BRP customised by our very own Paul Fricker. More news as it becomes available.

The Whisperer in Darkness

We also briefly mention the audio adaptation of Lovecraft’s “The Whisperer in Darkness” that the BBC is releasing as a podcast. This follows on from their previous adaptation of “The Case of Charles Dexter Ward”. In both cases, the events are presented as an investigative podcast, complete with hints of connections to the wider Mythos. You can also access these programmes through the BBC Sounds app.